1. Fix the problem that the mailbox account could not include "-" in it before.
2. Optimize the right-click menu translation problem and right-click function color.
3. Solved the default generation of desktop shortcuts after software installation.
4. Fix the problem that there is an icon log in the control panel.
5. Optimize the position of the announcement control not showing in the upper left corner when switching languages.
6. Solved the UI interface problem of the update page in Spanish and English.
7. Update content will be prompted after upgraded successfully.

*V7.0.0 updates are as follows:
1. For devices -- icopy Plus, Apollo and Copy Power, cancel the function of binding for 11 and advanced series, the unbinding function is hidden.
2. On the PC end, to deal with the Manufacturer and Manufacture Date can not be modified, they had turned into gray color(Equivalent devices: icopy Plus, Apollo, Copy Power).
3. Solved the problem that the account number and password can be entered in Chinese and spaces, and limit the length of password input to 16 bits.
4. The thermal imaging interface will zoom in and out along with the window.
5. Modified the enlarge icon on the interface.
6. Solved the function that the close button of the prompt box work normally after successfully modifying the password (Registration account, etc.)
7. Solve the problem that the pop-out box and the main box is closed after a successful password change (Successful registration, etc.), the software will be running when the software is opened again.
8. Modified the QianLi official website URL.
9. Solved the problem that the battery detection function timeout and the button can not be used normally on PC end(Equivalent devices: icopy Plus, Apollo, Copy Power).
10. Added new battery models (i.e: 11-13 series battery models)
11. Limit the drive box button by repeatedly click 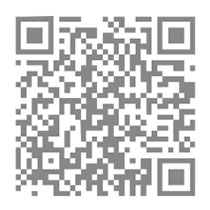